The seminars will be covering current issues within the care sector and are free for visitors to attend. CPD certificates are available for seminar attendees upon completion of a Certificate Request Form which will be available at the show.

We can’t wait to see you all in London on the 18th October 2022, check out below our amazing CPD seminar programme along with our incredibly talented speakers. 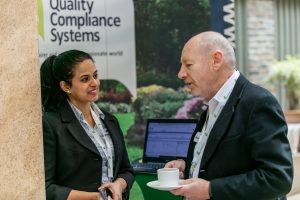 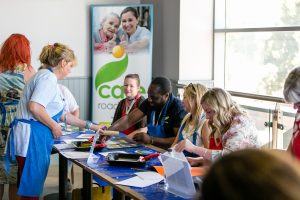 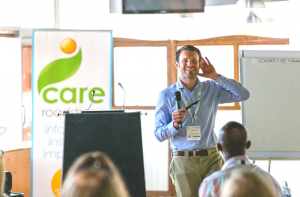 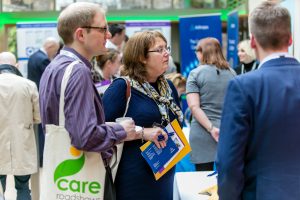 The programme is still being updated so make sure you keep an eye out!

New to Care Roadshows London this year is the addition of our exciting speaker panels! Our experts will be speaking on a range of topics from recruitment, dementia care, QCS policies, and an update from inspectors! Check them out below along with our popular single speaking slots.

10.15am – 11.00am: Panel Discussion: Recruitment and Retention – Defeating the Crisis

Recruitment and importantly retention has constantly been an immense challenge for the care sector.  What possibilities can 2022 provide to transport employment within care into a new era?

Martin will look at the current state of the care sector, identify some of the challenges of the government’s reform agenda, and then set out a route map to a better future.

With more people than ever effected by dementia in the UK and the numbers continuing to rise it is a crucial challenge for the care sector. How will dementia care develop and transform in the future?

Nula Suchet, Author – The Longest Farewell: James, Dementia and Me

Join this CQC session to get a better understanding of how we’re changing the way we regulate to improve care for everyone with the publication of our new strategy, as well an update on our work over the last 12 months and a chance to ask questions of your local inspection manager. We look forward to seeing you there.

Our speakers will be sharing their years of knowledge, strategies and tactics in our exciting seminars and panel sessions!
Take a look below to find out more about each of our experts and why you won’t want to miss seeing them in action. 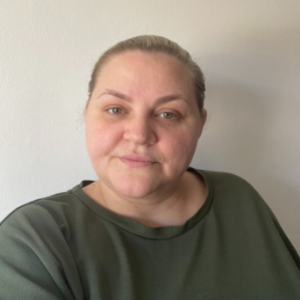 Antonia Rookley is the Inspection Manager for the Adult Social Care Surrey East team at the Care Quality Commission. Previously, she was in an inspector in Sussex. Prior to that Antonia worked for a local authority for a number of years in care management, working with adults with a learning disability, quality monitoring and brokerage. 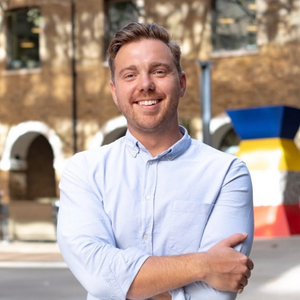 Charles is a doctor and co-founder of Florence, a technology company that supports care providers to make staffing effortless and outstanding. Charles is passionate about building people centric technology that empowers the care workforce to operate with excellence and meet head on the challenges that the sector is facing. 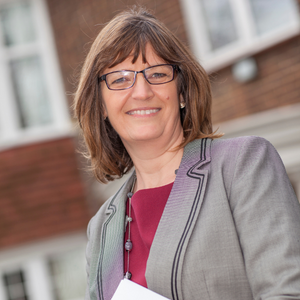 An experienced occupational therapist, Jackie has worked in a number of high-profile roles for some of the country’s largest health and social care providers. She is also the founder of the PAL Instrument has authored many books and articles on the topic of dementia.

Currently Jackie works as QCS’ Dementia Care Champion, as well as a researcher at the Universities of Manchester and Exeter. Jackie is also a multi-award winner she won the ‘National Dementia Care Award’ for ‘Best Dementia Care and was also recognised by NAPA for her outstanding career contribution. 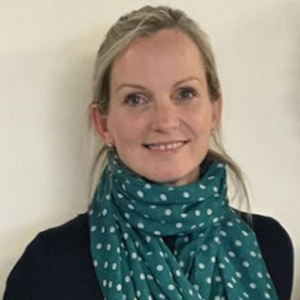 Dr Kellyn Lee is a Chartered Psychologist, Academic and Founder of WISER Health and Social Care. She has over 28 years experience working with vulnerable groups, 11 of these in ageing and dementia research.

Kellyn is the creator of Material Citizenship a new approach to dementia care. Working with industry partners Kellyn developed the Material Citizenship training programme.  The programme instils confidence in staff, inspires them to think differently about what care represents and improves psychological wellbeing for both staff and people living in care homes. Kellyn also runs a private therapeutic practice, a dementia friendship group and lectures qualitative methods in psychology for undergraduates. 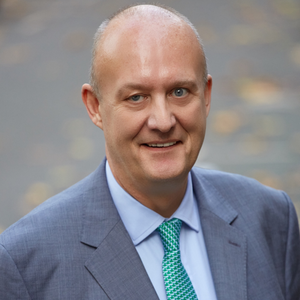 Martin Green has had an extensive career in NGO development, both in the UK and internationally, and is Chief Executive of Care England, the largest representative body for independent social care services in the UK. He is also Chair of the International Longevity Centre, a Trustee of the National Centre for Creative Health (NCCH), Vice President of The Care Workers Charity, and a Champion of The National Aids Trust.

In 2013 he was appointed Visiting Professor of Social Care to Buckinghamshire New University.

In 2012, in his role as Department of Health and Social Care Independent Sector Dementia Champion, he led the development of the Dementia Care and Support Compact for The Prime Minister’s Challenge on Dementia.

In 2008 he was named care personality of the year and was awarded an OBE for Services to Social Care in the 2012 Queen’s Birthday Honours List. In 2019 he was presented with the Health Investor Outstanding Contribution award.

Martin Green writes and broadcasts extensively on social care issues and is on the Editorial Board of Community Care Market News and Care Talk magazine. 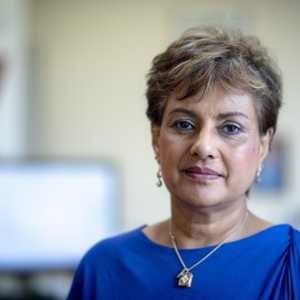 Nadra has been involved in the field of social care for over 30 years. Her background is in training and education, which has been the passion that drives her towards a quality service, underpinned and provided by a skilled workforce. She has been Chairman of NCA since 2001 and is a trustee of SCIE and Parkinson’s UK. She holds various positions within voluntary organisations, delivering services to vulnerable people in the community. She has been a member of a number of advisory committees in the DoH including a number at Ministerial level and served on government Taskforces. She is a regular contributor to journals and conferences and is frequently called upon by major media networks to represent the views of social care providers. In 2006 she was awarded the OBE for her services to Social Care. She is Deputy Lord Lieutenant of Kent and a Kent Ambassador and was awarded ‘Outstanding Contribution to the Business Community’ 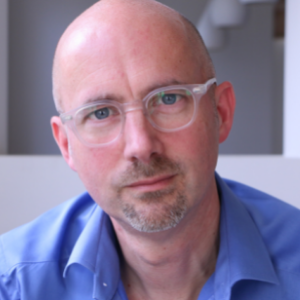 Neil Eastwood is a UK-based international speaker on frontline social care recruitment and retention and author of ‘Saving Social Care’. He was also an advisor to the Department of Health and Social Care on their 2019 National Recruitment Campaign.

He is founder and CEO of a new EU-funded start-up, Care Friends, an employee referral app for care staff, in partnership with Skills for Care. Neil has spent many years studying the best workforce practices of social care organisations around the world. Previously he was a director at a 10,000-staff care provider and is founder of Sticky People, a sector-focused recruitment and retention advisory business. 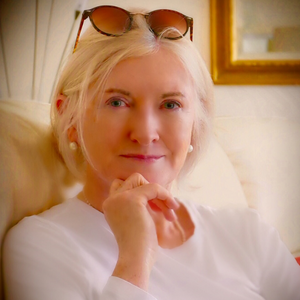 Author - The Longest Farewell: James, Dementia and Me
Care Roadshows

Nula Suchet was born in Dublin and educated in Ireland and the UK.

With a background in the arts, she travelled extensively in her thirties — to Africa, where she taught art to the children of Soweto, and Australia where she worked with the Aborigines.

In 1990 she was the location artist for an A&E television series ‘Early Man’, narrated by Walter Cronkite. In between television assignments she worked as an interior designer in London, Paris and New York. Her clients included many well-known film and pop stars. Her work was published in many notable interior magazines and newspapers.

Her marriage to James Black, a television writer-director with the BBC, Granada, and A&E, whom she met on location in Africa, was the happiest time of her life. They had twenty blissful years together before he was diagnosed with Pick’s Disease, a form of dementia, in 2004. This dreadful disease led to a harrowingly slow decline and inevitable death in 2014.

In 2016 Nula decided to tell the story of how she lost the man she loved to dementia, and the heartbreak of more than a decade of living with it. But her story also chronicles how she was able to move on after James’s death and begin a new life. The book, The Longest Farewell, was published in 2019. Film rights have been bought, and production is due to begin in 2023.

It is a story of how despair was turned into happiness, a story to inspire any other person who finds themselves trapped in the quagmire of dementia.

She’s now ambassador for Alzheimer’s UK and on the Development Committee of Rare Dementia. 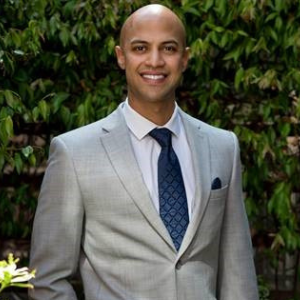 Rishi Jawaheer has been a director of the Jawa Group for over 12 years. His parents came to the UK from overseas in the 1970s, training as specialist mental health nurses and later working as nursing managers in the NHS. The family’s first dementia care home was established in the 1980s, in SE London.

Rishi grew up in this home with his parents providing care and service. The Jawa Group now operates three services within a purpose–built care village on the original site. During his directorship Rishi has overseen many changes in the company, including the early adoption of sector specific technology. Rishi‘s role within the business is pivotal to the delivery of high quality EMI care.

Rishi is also the director of Namaste Care International, which promotes meaningful activity to dementia service users. The Jawa group is an active member of the national care association and supports campaigns to highlight important issues facing the care industry to MPs and peers. We explore the ways we can use technology to make the work more centred around the service users from the carers perspective.

Every aspect of the company‘s care provision is driven by a firm commitment to caring for the individual. The Jawaheer family have been nominated as finalists in National Dementia care awards in categories of best care home and lifetime achievement in dementia. 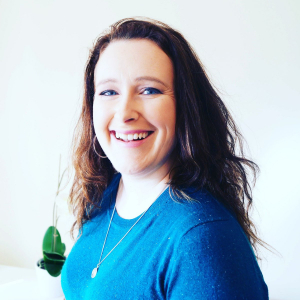 With over 15 years of experience of working in dementia care, Dr Rosie Mead has built a career championing the importance of embedding music into dementia care pathways. Her PhD research in music sociology explored the ways that meaningful music can support relationship-centred dementia care, particularly within short-stay acute care. She provides support to care homes, hospitals, day services and family caregivers to use music as part of their daily dementia care through her not for profit organisation Musica Music and Wellbeing CIC. 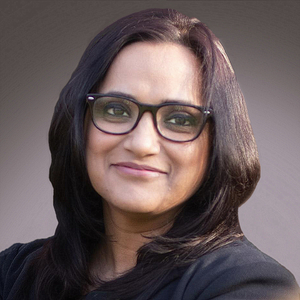 Sangha Chakravarty is the Founder and Managing Director of InvictIQ, leading care sector transformation and technology service provider based in the UK and India. With more than 25 years of experience, she uses her expertise to help care businesses achieve better returns from smart technology and digital solutions. Sangha is also one of the founding members of The Health & Social Care Club, which brings like minded people together to discuss key challenges and solutions for the sector.