How Can Care Homes Overcome Isolation

According to Age UK, more than one million elderly people regularly go an entire month without speaking to anyone. Loneliness and social isolation are a growing problem in the UK; having a negative impact on health. Therefore, to overcome this in a care home or cohousing environment, social interactions are key. This article will examine how ‘community’ can play a crucial role in overcoming a resident’s isolation; highlighting the ways the older population can connect with new people, feel like they have a role in society and eliminate the feelings of loneliness.

How Loneliness and Isolation Occur

Social isolation can refer to the separation of an individual from their family, a deficiency of healthy relationships with others or decreased involvement with society. This is different from loneliness, which is described as a negative feeling that can occur as a side effect of social isolation. 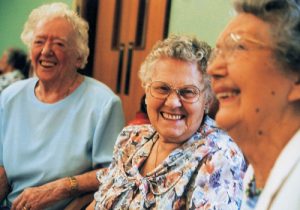 Isolation and loneliness can be caused by many factors. By the time an individual reaches their 80’s, there is a high chance they will live on their own. Sudden occurrences, such as bereavements of a partner, can cause a dramatic change in a person’s life and could mean they don’t have any other company.

Another factor which can spur on social isolation is retirement. Whilst working, a person feels as though they have an active role in society. Working involves spending time communicating with others, having a daily routine and leaving the house on a regular basis. After having worked for the majority of your life, retirement can represent a huge change. Both retirement and becoming widowed can consequently mean an older person could go for long periods without seeing anyone.

Lack of social interactions are not the only cause of loneliness. Often, the feeling of loneliness can be experienced by older people living in a group setting, such as a care home, who are often surrounded by others. This is because physical barriers such as loss of hearing, dementia and depression can all cause a resident to spend time away from others or exclude themselves from community activities.

Research has shown lack of social interactions is as damaging as smoking 15 cigarettes a day. Humans have a fundamental need for close relationships with others and inclusion in communities, therefore, when this need is not met, physical and mental health issues can occur. For example, increased stress levels will weaken the immune system and impair sleep quality. Lack of sleep and the negative feeling of loneliness will heighten feelings of anxiety, depression and can double the risk of developing dementia. The cycle created by social isolation can cause a downward spiral of loneliness and ill-health.

To help avoid the health issues caused from isolation and loneliness, elderly people should feel as though they have a sense of purpose and are involved in a community. Although many elderly people live in care homes, isolation and loneliness is still an issue, even though the residents are frequently surrounded by others. When the transition is made to live in a care home, the change of environment and new faces can be daunting, leaving a resident feeling isolated from the outside world and alone.

Gradual deterioration of health, such as dementia, can cause a disconnection from reality which results in a confused resident who withdraws from their usual activities and social events. For this reason, it is important care homes help residents to remain part of the community. This will allow reciprocity of relationships and the opportunity for residents to feel useful within the home.

In practice, this can be done by giving residents regular and meaningful job roles such as helping at mealtimes and with laundry or perhaps assisting in the garden to grow fresh produce.

Other ways of promoting a sense of community within a care home would be to set up groups and clubs for the residents. This encourages residents to make new friends and gives them a sense of purpose which will overcome the negative effects of social isolation. Creating and encouraging groups of people to get together is effective, however one of the most beneficial ways to create a community environment within a care home is to encourage communal meals. These enable the residents to eat and socialise three times a day, along with other residents, staff and visitors.

For many, dining is more than just a healthy meal; it is a social highlight. Eating alone can often be alienating. If a care home encourages communal eating, the residents will have a chance to talk about their day, share their stories and make plans together. An example of a care home that implements communal meals is Castle Brook, run by WCS Care. Rather than cooking food in a remote kitchen away from residents, the food is cooked in specially designed ‘households’. Each of the three floors has two households on separate wings, featuring community focused kitchen, dining and lounge areas. Each resident’s room connects directly to these areas, allowing the resident the opportunity to spend time with others. This can help new residents become close to a smaller community rather than feeling out of place in a large group of people. The close community kitchens also enable the residents to smell the food being cooked, whetting their appetites and encouraging them to eat meals with others.

Another example of a care home that promotes a social dining environment is The Chocolate Works owned by Springfield Healthcare. The centrepiece of ‘The Chocolate Works’ is the marketplace, which is a large indoor space which aims to ‘bring the outside, in’. The space is home to shops, a café, a gym, spa and a chocolate shop. The area is also filled with trees, greenery and natural daylight. Residents spend a lot of their time in the communal area, which encourages them to meet others and enjoy themselves, therefore combatting loneliness in the home.

With an aging population, loneliness and social isolation amongst the elderly is becoming a growing issue. Researchers say by tackling loneliness, a saving of £3.6m over five years on medical expenses could be made. Fortunately, through social opportunities such as community meals and clubs, the elderly can feel as though they belong in society again, and can create the relationship essential to get rid of loneliness. Our role now is to support the vulnerable and elderly by combatting isolation and ensuring every day is well lived. 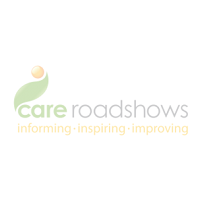 Click here to register for free tickets to Care Roadshows.

Join hundreds of like-minded individuals working in the care industry who are dedicated to keeping up to date with industry trends and sourcing innovative ideas for their care settings.

Meet the experts to have your questions answered

Network with peers and industry players

Pick up hundreds of new product ideas and services

And most of all, enjoy a great day out with your colleagues 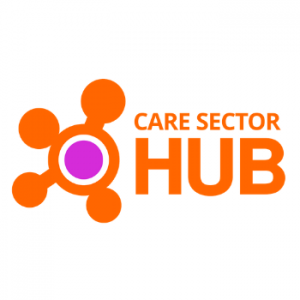 A winning day out at Care Roadshow London

The pride and rewards of working within the care industry
X
Sign up for Careroadshows Newsletter
This site uses cookies: Find out more.
Scroll to top